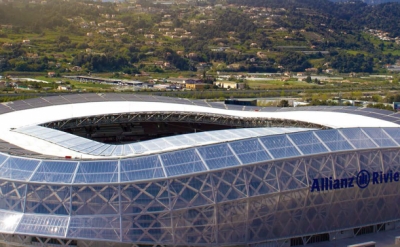 In preparation for the 2018-2019 football season, the English team of Chelsea gave an appointment to the Italians of Inter for a meeting at the summit on Saturday, July 28 at 20:05 at the Allianz Riviera.

The match is part of the pre-season friendly International Champions Cup , which is organized on the North American, Asian and European continents by the media / sports / entertainment group Relevent. This competition between the most prestigious European teams - Bayern Munich, Turin Juventus, Atletico Madrid, FC Barcelona to name but a few - takes place for the first time in France and it is the Allianz Riviera which have been selected.
Chelsea FC, which finished fifth in the Premier League this year, will host FC Internazionale Milano Milan, fourth in Serie A - a match worthy of the biggest European competitions. Of the five previous confrontations (all matches combined), the English have won twice against three times for the Italians - enough to guarantee an intense match whose outcome remains uncertain . What is certain however is that the Allianz Riviera will be at the party on July 28!
The box office of the match opens Friday, June 22 at 11am on
Prices :
Category 1: 60 € TTC (56 € in pack 4 places)
Category 2: 41 € TTC (37 € in pack 4 places)
Category 3: € 31 TTC (€ 27 in pack 4 places)
Category 4: 21 € TTC (17 € in pack 4 places)
Category 5: 12 € TTC
Parking: 7 € TTC in pres
ale (10 € the day of the match)
More info  www.allianz-riviera.fr
Be the first to comment!