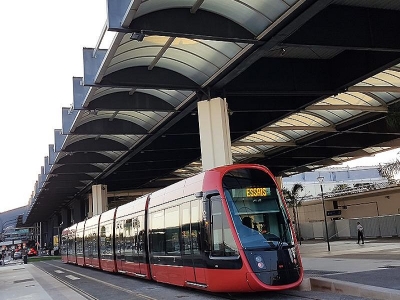 Getting to Nice-Côte d’Azur Airport from 2019 will be cheapest, easiest and fastest on the new west-east tramline 2.

The tram runs from Aéroport Terminal 2 and Aéroport Terminal 1 parallel to the Mediterranean coast and the Promenade des Anglais to the old town and city center of Nice Ville to terminate at the Port Lympia. Trams will run up to once every three minutes with total traveling time over the full route only 26 minutes. Once operational, the tram will replace the airport express buses 98 and 99 as the best way to travel from downtown Nice to the airport and in contrast to these buses, the tram will have no airport surcharge and thus cost only the standard €1.50 per journey.

En route from Port Lympia to the east of Nice’s town center, the tram passes through a tunnel underneath the old town and town center. It emerges from the tunnel near Magnan and travels above ground, mostly along Avenue de la Californie that runs parallel to the more famous Promenade des Anglais (and the Mediterranean Sea). 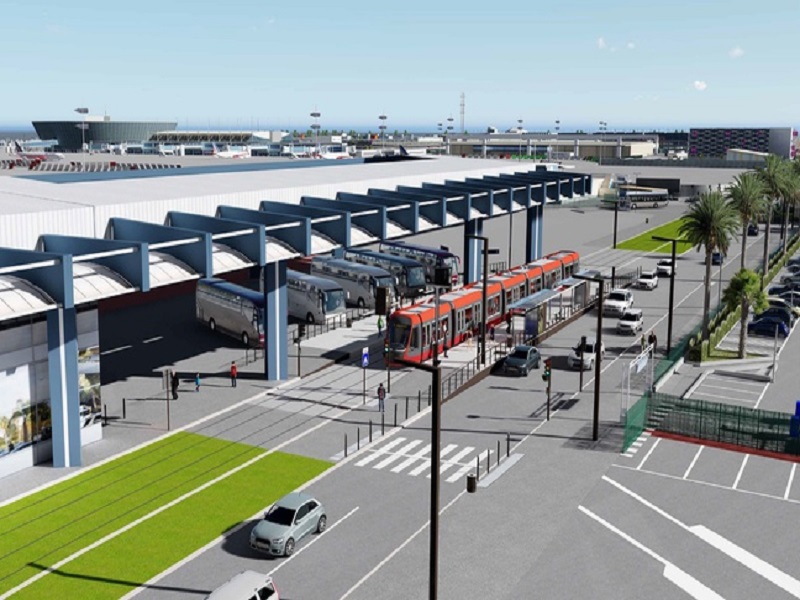 Traveling time on the tram will be only 26 minutes from Nice Airport to Port Lympia.

Trams will operate at high frequency with three-minute intervals during peak periods. The flat-floor access trams have a capacity of 300 passengers per journey.

In contrast to the Airport Express buses 98 and 98, the tram will have no airport surcharge and thus cost only the standard fare – currently €1.50 with free transfers to other buses for 74 minutes. Buy tickets from vending machines (or the ticket window at the airport or online) before boarding the tram – some tickets need validation before traveling.