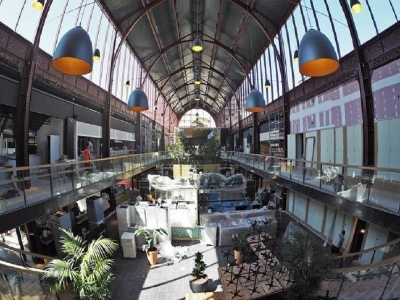 Closed in 1991 and rebuilt twenty-six years later, this little corner of green contrasts with the metal of the imposing structure.
An "industrial" decor that signs in the process of settling to welcome the public since Saturday have declined to infinity. "We played this card thoroughly by adding noble materials, zinc and marble," explained  Maxime Mazzola, at the head of La Vie en Rose, the central bar.

In total, 28 food shops will be open this weekend in this French food court, a  concept already seen in Bordeaux, 20 Minutes presents exclusively. There will be the appendices of signs already well known in Nice: Emilie and the cool kids (cookie specialist), the Café de Turin, the Cave du Fromager or Superlobster. 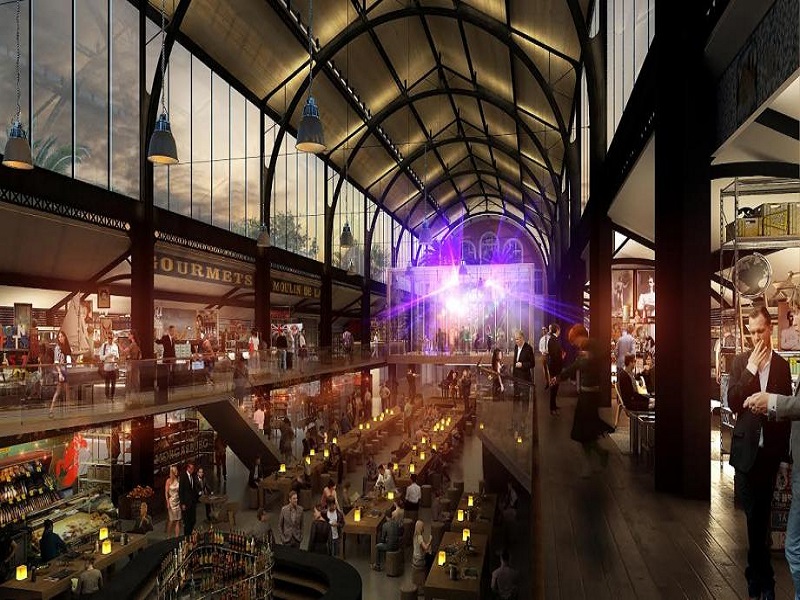 These delicacies, to be savored on 700 seated places distributed inside and on terraces, will rub, on the floor, a "vintage space". An Emmaus station (solidarity sale of second-hand objects), a Kothai corner, a specialist in sneakers, but also the craftsmen and designers of Maison Mammout & pals are there. The icing on the cake, by the end of June, the very first Kilo Shop of the South of France will open its doors in the largest space of the mezzanine (photo, above). In this chain of thrift stores, clothes are bought ... by the kilo.

We chose to focus on this world of vintage, a great way to recycle products that have already been used. There will obviously be ready-to-wear but also collector's books and vinyls ", explains Norbert Petit, project manager at Urban Renaissance Development, the operator charged by the city to manage the hall for forty-five years.

In exchange for a lease, this developer who invested 17 million euros on site, will pay an annual fee of 195,000 euros to the city, she said. "This complex was threatened with destruction to allow the realization of various projects including a shopping center in the early 80s. And I did everything to ensure that the demolition work was stopped," said LR Mayor Christian Estrosi. Instead, we wanted to create an innovative concept that integrates into the development of a neighborhood. " A multiplex Pathé was laid and 66 free housing, social 51 and 183 students were built nearby.