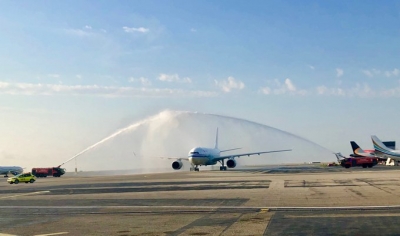 There will be three weekly rotations, on Wednesday, Friday and Sundays, using A330-200 bi-class aircraft, representing 227 seats including 28 in business class.

After being honoured with an official visit from President Xi Jinping at the end of March, the Côte d’Azur has become an even more attractive destination for Chinese tourists. Beijing Capital International Airport, which is the leading airport and main aeronautical hub in China, is a huge potential source of tourism and business passengers.

We are proud to become the first airport in France outside Paris to connect its region to China, the world’s leading country for outbound tourism. This new route represents numerous economic opportunities for the Côte d’Azur, and the Région Sud more generally, and greatly helps to boost its appeal around the world. Aside from the airport teams who have been doing remarkable work for many years, I would particularly like to thank Christian Estrosi (Mayor of Nice, President of the Métropole Nice Côte d'Azur and Vice President of the Région Sud), David Lisnard (Mayor of Cannes and President of the Côte d’Azur Regional Tourism Committee), and the Authorities of the Principality of Monaco, for their constant commitment during these years”, states Dominique Thillaud, Chairman of the Management Board of Aéroports de la Côte d’Azur. “The trust that Air China has placed in our Region is an honour, and above all, it gives us a responsibility to make this development a success. All of the stakeholders in our Region are committed to achieving this goal.” 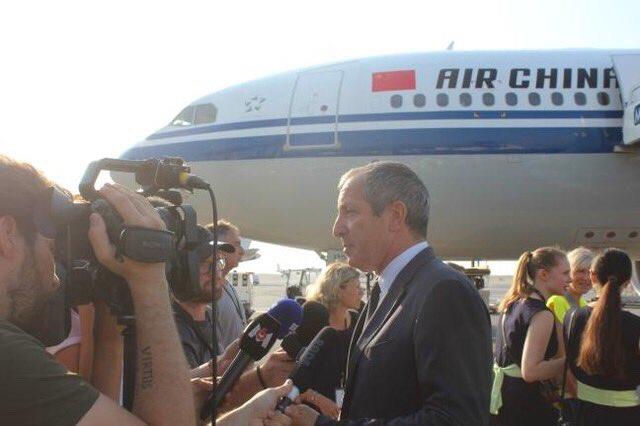 The official launch of this new direct connection cements the great efforts made by the platform to welcome Chinese tourists with the very best hospitality: presence on their social networks with a hotline on WeChat, website and Wi-Fi welcome portal for the platform in Mandarin, concierge app to answer visitors’ various questions, welcome stands with interactive facilities in the terminals, and signage to facilitate passenger flows.

Nice Côte d’Azur airport already welcomes increasing numbers of Chinese touristseach year, with annual growth of between 15 and 20%. Currently, China is the 15th greatest source of tourists to the Côte d’Azur, and the opening of this new air route will help to strengthen this position.

Finally, the French Riviera has a formidable asset to boost its attractiveness: actor Liu Ye, who is an icon in China and whose wife is from Nice. He is an ambassador for tourism in the Côte d’Azur and is always keen to praise the region.

“I am proud to hear about the opening of the Beijing-Nice route. It is a strong symbol of understanding between the city where I live today with my family and the city where my wife Anaïs was born. The opening of this route will allow me and my compatriots to fly directly to the French Riviera, a place that is very dear to me,” stated Liu Ye.