A Smooth arrival is a good start for your stay in Nice. We will arrange to pick you up from Nice airport or Station
Save lots of time and hassle. Your rental car is already delivered at the parking of your booked apartment.
Our staff will meet and great you on arrival to have a comfortable and relax stay at your holiday apartment in Nice.

Nice is well connected to the Riviera coast and to the Alpine hinterland by public transport. The train line runs along the coast, and the Nice urban bus network spreads well beyond the city limits. Tickets are cheap. 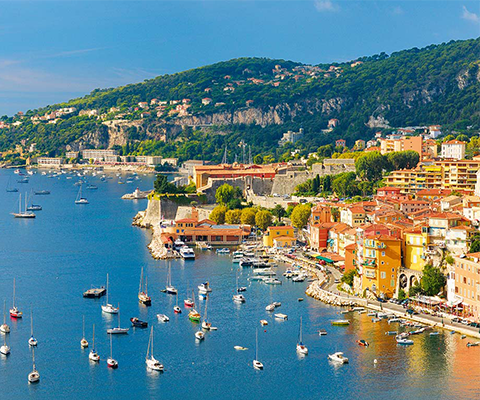 One easy trip that can be well recommended is to take bus line 81 just four or five kilometres east along the coast to Villefranche sur Mer. This is a delightful small old seaside town, hemmed in between mountains and sea, with narrow streets and small beaches. Then continue to the next seaside village of Beaulieu sur mer. Within walking distance of Beaulieu is Saint Jean Cap Ferrat, the most exclusive of Nice's suburbs, on a rocky peninsula. There is a footpath along the water's edge from Beaulieu to Saint Jean; and at Saint Jean, garden lovers should climb the hill to visit the exquisite house and famous gardens of the Villa Ephrussi de Rothschild.
To the west of Nice, a popular place to visit is Cannes, famous for its film festival. It is easily reached by train – which is also the best way to get to Monte Carlo, fifteen kilometres east of Nice.
For a day-trip into the mountains, the narrow-gauge Chemin de Fer de Provence will take you from Nice to Annot and back. The metre-gauge railway leaves from a small station about 400 metres north of the main train station, following up the valley of the river Var, through dramatic scenery and into the foothills of the Alps. Trains continue from Annot as far as Digne - but that is a two day trip.