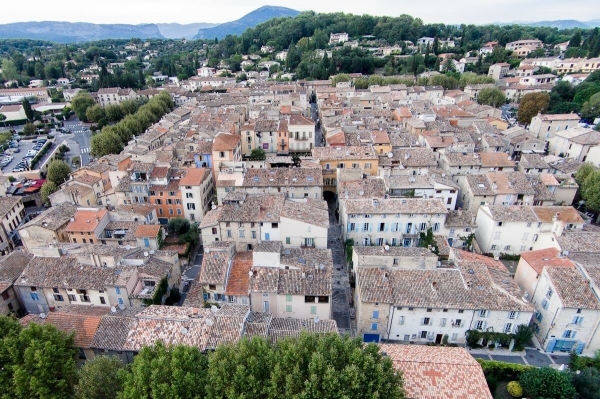 Valbonne Village is a contrast to the high-tech and exiting ambience of Sophia Antipolis. A warm and peaceful village where the art of living and conviviality reigns, Valbonne Village offers its visitors numerous occasions to spend some time in a quality environment. Excavations carried out in the hills surrounding Valbonne bear witness to the presence man going back an extremely long way in this part of the Côte d’Azur countryside. Several deposits of Roman tiles, fragments of amphorae and dolia, enormous jars serving to hold oil and grain, are evidence of the existence of farms dating back to the first centuries AD. The remains, near to the site of Sophia Antipolis, of one of the aqueducts that supplied Antibes (classified as a historic monument) confirms the Roman presence. The history of Valbonne has long been closely linked to that of the monastery. The name Valbonne ("Vallis Bona" – the Pretty Valley) appeared for the first time in the 13th century with the foundation of a monastery on land offered to Prads Abbey (diocese of Digne) by Olivier, Bishop of Antibes (Charter dated 6 February 1199). Of pure Benedictine tradition, the monks belonged to the Order of Chalais which counted, at its peak around 1200, up to 13 monasteries, including the Valbonne abbey. After the fall of the Order of Chalais in the 14th century, the abbey, after merging with the Clunisian monastery of St André d'Avignon, was finally offered, by the bishop of Grasse, to Lérins abbey, which took possession of it in 1346 and turned it into a priory. Plundering by Raymond de Turenne’s gangs of bandits, between 1387 and 1389 was accompanied by plague epidemics that devastated the region and depopulated several villages, as well as the hamlets scattered throughout the abbey’s lands. Distance from Nice : 18 Km , can be reached by bus