Spend a day admiring the most impressive landmarks of the Riviera. From the Prince’s Palace in Monaco to the Carlton Hotel on the Croisette in Cannes, these majestic buildings are where history has been made. Stand in the footsteps of Royalty and celebrities and take in the exceptional architecture of the Riviera's most striking monuments. Hear some of the stories that took place behind those famous walls. There are many, many landmarks to choose from. We've mentioned a few in the itinerary section. Let us know which ones you'd like to see (even if we haven't listed them) and we'll put together an itinerary just for you.

The skyline of Nice wouldn’t be complete without Negresco’s pink dome.

As you admire its quirky architecture, listen to the story behind one of the last privately owned palaces in France.

This impressive 16th century fortress can be seen from afar, but at 220m altitude, it's tricky to get to on foot. We'll drive you up there in no time so that you can enjoy the panorama that stretches from Italy to the Esterel hills.

Step back in time to the golden age of the Riviera’s Belle Epoque era. Ever wondered what you would do with an inheritance of 700 million? Well this is what baroness Beatrice Rothschild did.

Visit the palace to seize this rare opportunity to take a peek behind the scenes of royal life. This Palace has been the official residence of the Grimaldi family in Monaco since 1297. First as the fortress of feudal Lord Grimaldi and since XVII as the Prince’s Palace.

A truly spectacular building. Awe-inspiring by its immensity but equally so by the incredible detail of its architectural features both inside and out. A must see in the Principality for architecture and history lovers, but also for families.

Find out from your Friend in France guide how the Casino in Monte Carlo saved the Principality from bankruptcy and contributed to making the Grimaldi family one of the wealthiest ruling families in the world.

You would need to take a bird’s eye view to see the full star shaped layout of this 16th Century fortress, but a picturesque 1 hour stroll around the fortifications will certainly enable you to get a feel for this historic military building, where Napoleon was once imprisoned.

With impressive former residents including Ancient Romans, the Princely Grimaldi family and Picasso...It’s safe to say that this building has plenty of stories to tell. Walk in the footsteps of these illustrious figures to learn more.

Referred to by locals as ‘the bunker’, this building may not look as glamorous as its Art Deco and Belle Epoque neighbours along the Croisette, but few buildings can boast as many celebrity visitors as this one.

Drive or stroll down the Croisette in Cannes with your Friend in France guide to hear all about the fascinating, glamorous and star-studded history behind these Art Deco and Belle Epoque hotels which are among the most expensive in the world.

From 1920’s courtesans to the US President and Brad Pitt, the suites of these hotels have accommodated the world’s most influential people.

There are no reviews for this property yet.

Highlights : Itinerary based on your Riviera bucketlist History behind each landmark Riviera sightseeing along the wayee Nice, Villefranche, Monaco, Antibes & Cannes.

You'll love this tour if you...

Seasonal availability : All year round

Your holiday time is precious.

Our team of professional driver-guides is here to help you get the very best out of your sightseeing time on the French Riviera.

We believe that one size CANNOT fit all, so all of our itineraries can be adapted to your specific interests and pace.

We have a wealth of French Riviera knowledge at our fingertips and extensive on the ground experience which enables us to create and adjust daytrip itineraries to take you straight to the places you’ll love the most. No disappointment or time wasted.

Properties nearby Landmarks of The Riviera within 1 miles

at approximate 0.00 miles
Prices from 0
A Taste of Provence

at approximate 0.00 miles
Prices from 0
In The Footsteps of Artists

at approximate 0.00 miles
Prices from 0 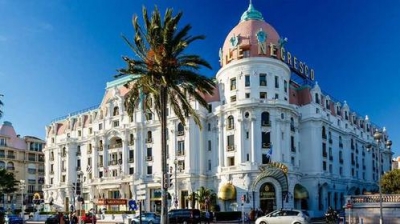