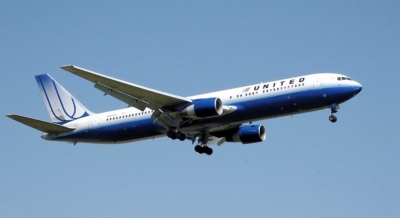 A third airline will soon operate on the Nice-New York route starting summer 2020  a nonstop flight between Newark-Liberty airport and Nice (a route already flown by Delta Airlines and La Compagnie).

The daily flights will run May 2 to September 8 in a Boeing 767-300ER aircraft with 46 Business Class seats, 22 Premium Economy and 99 Economy.

This announcement comes at a time when tourist numbers in the Provence-Alpes-Côte-d’Azur region is experiencing a significant rebound, especially from American tourists (+30.4% in hotels in the summer of 2018, according to INSEE). The Nice terrorist attack on July 14, 2016, had had a major impact on the sector. At that time, l’Institut observed a 15.5% decrease in hotel use between July 15 and 31 in 2016.

“These new daily frequencies accompany the return of North American tourists to the Riviera and reinforce the many cultural and economic relations between our territories,” wrote Dominique Thillaud, Chairman of the Board of Directors of Aéroports de la Côte d’Azur in a statement.