Hotel Negresco former owner "Jeanne Augugier " died inside the hotel at the age of 95. 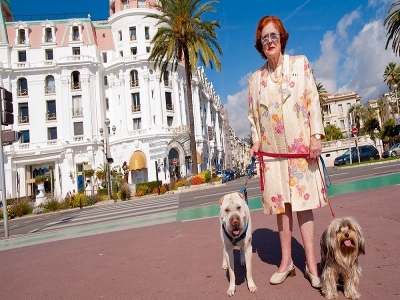 A big page in the history of Nice is turning on Tuesday morning Jan 8 th 2019, Jeanne Augier, former boss of the Negresco, owner of the legendary palace on the Promenade des Anglais died.

She was suffering from Alzheimer's disease and her condition had deteriorated sharply in recent hours. She will remain the Riviera who gave her nobility to the Negresco.

She died in her apartment, on the 5th floor of the emblematic palace of the Prom 'on which she reigned for more than 60 years, making a drifting building the most fabulous hotel-museum in the world to the glory of creation French. 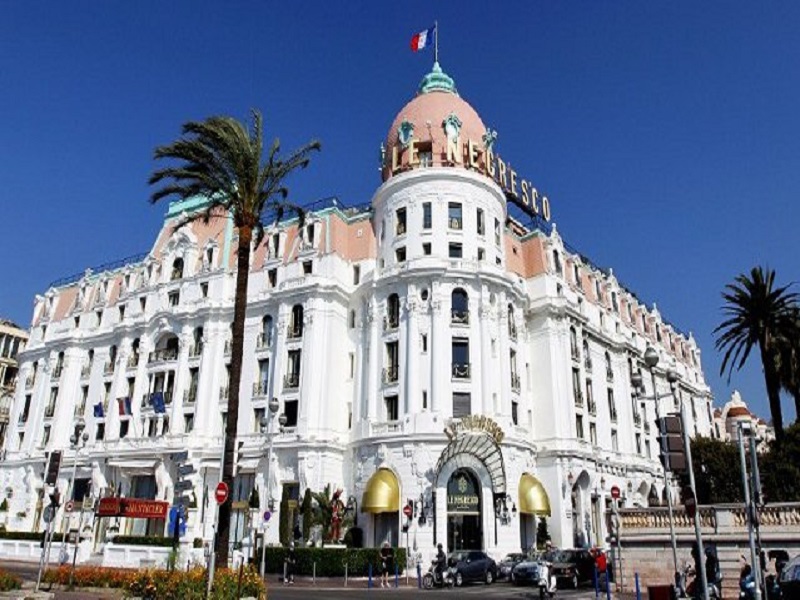 A daring entrepreneur, a strong-headed woman, she built an extraordinary empire.

Empire which becomes, today, the property of an endowment fund which she had created to perpetuate the palace, to relieve the human misery as animal, and to continue its work, unique.

Weakened in recent years by Alzheimer's disease, Madame Augier declined over the months. Her condition had deteriorated considerably in recent days, particularly because of a pulmonary infection. She even had stopped eating. from 2013 she lived in a large apartment of the five-star which she had contributed to the fame. She was going to be 96, on March 27th 2019

Forced to move in a wheelchair, she was suffering from memory loss that prevented her from effectively managing the hotel, placed under judicial administration since 2013 after several decades of an old-fashioned direction, mixing authoritarianism and paternalism.Without descendants, Ms.  Augier created in 2009 an endowment fund (Mesnage-Augier-Negresco) that will in principle manage its heritage at its demise. The benefits must go to the development of the hotel, the defense of animals, the disabled and the "influence of French art" . But its succession looks complicated because of the many greed and conflicts around the hotel.In 2017, the public prosecutor of Nice, Jean-Michel Prêtre, has seized the commercial court to decide the continuation. An intervention experienced as a presale disguised by the management and employees, who then got that the file is out of place in Marseille. A survey of the National Financial Procuratorate is also in progress. It earned Mr. Prêtre a search of his home and office at the courthouse on December 19th.the investigators seek to know if Mr. Prêtre would, by seizing the commercial court in 2017, overstepped his powers, or even favored a prospective buyer.Indeed, the hotel has been managed since 2013 by a judicial administrator, M e Nathalie Thomas. A procedure that the Nice prosecutor himself had encouraged, when the judiciary began to suspect fraudulent maneuvers around Ms.  Augier.But four years later, believing that it was not the role of a court administrator to run a hotel of this size forever, the prosecutor appealed to the commercial court to decide what to do next. An intervention experienced as a presale disguised by management and employees.My job is the general interest, and that the Negresco continues in Nice, that it can develop and become, finally, perhaps one day a real palace, because it has only the name common but not the title, "defended the prosecutor.Because this palace, the last of the Hexagon remained French, is worth gold. Because of its reputation, its value would amount to nearly 400 million euros, according to an estimate of 2016, not to mention the furniture and works of art., Le Negresco is one of the symbols of the Promenade des Anglais, sometimes called the Eiffel Tower of Nice. True hotel-museum, it houses 124 rooms and suites with eclectic furniture. Empire furniture rub shoulders with armchairs 1970s plastic shell, paintings of Gallic roosters or a Fat Nana yellow , Niki de Saint Phalle. , a compulsive collector, Jeanne Augier had accumulated 6,000 works of art, had her "carriages à la française" worn by her valets and had given herself a famous portrait of Louis XIV.